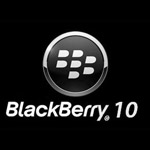 In what would have been a blow for BlackBerry, word broke on Wednesday that Apple iOS devices and some Samsung Galaxy phones would be approved for use by the Department of Defense. The DoD has now officially issued those approvals, and not only is iOS not mentioned, but BlackBerry 10 devices have been approved. BlackBerry itself announced that BB10 devices — the full lineup of the Z10, Q10, and the PlayBook — will be allowed on DoD networks when coupled with BlackBerry Enterprise Service 10. A Defense Department spokesperson confirmed to The Verge that devices running Samsung Knox — a piece of software that essentially creates a separate, secured environment on your smartphone for business use — will also be allowed. Samsung Knox was originally going to ship with the Galaxy S4, but reports surfaced last month that the software would be delayed until July.

PreviousTime Warner CEO: We Could Copy the Aereo Model in the Future NextReport: iOS 7, Siri to Become Tightly Integrated Into Cars