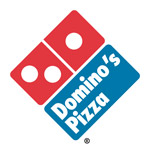 Takeout pizza and a DVD are a natural fit for many. So Domino’s Pizza in Brazil decided to combine the two in a campaign via Artplan Sao Paolo. In partnership with 10 video rental stores in Sao Paulo and Rio de Janeiro, the brand used rented DVDs as media. About 10 discs each of 10 different new release titles such as Argo, 007, Dread And Dark Knight were stamped with thermal ink and flavored varnish, both sensitive to the heat. While people were watching the movie, the heat of the DVD player affected the disc. When the movie ended and they ejected the disc, they smelled pizza. They also saw pizza: the discs were printed to look like mini pies, and carried the message: “Did you enjoy the movie? The next one will be even better with a hot and delicious Domino’s Pizza.” In this age of streaming video, the idea might seem a bit anachronistic.

Read the full story at AdAge.

PreviousU.S. Air Force Will Save $50 Million Over 10 Years via iPad Deployment NextIs Tumblr the Next Instagram?