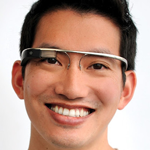 One of the cool features expected to come from Google Glass is the ability to film what you’re seeing and share the footage with others online. The first iterations of Glass for developers only let them share video to Google+.  A developer at YouTube network Fullscreen unveiled  an app that lets wearers upload video content from Glass, directly to YouTube.  Called BEAM, the app lets users keep the content private, or share the YouTube URL automatically on Twitter. TheNextWeb’s Matthew Panzarino has already tried the app on his pair of Google Glass, and called it “the smoothest, easiest way to share videos publicly, but not through Google+, from Google Glass. ”  The app shares the video through Twitter with a date and the hashtag #throughglass.