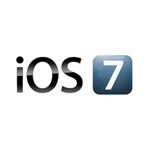 With the grand unveiling of Apple’s next operating system for the iPhone, iPad, and iPod touch approaching, sources have provided detailed descriptions of what users and developers alike could expect from the software’s fresh look. As we reported in April, Apple Senior Vice President of Industrial Design Jony Ive has been leading a thorough overhaul for iOS 7 that focuses on the look and feel of the iOS device software rather than on several new features. Sources have described iOS 7 as “black, white, and flat all over.” This refers to the dropping of heavy textures and the addition of several new black and white user interface elements. Sources say that over the past few months, Apple has re-architected iOS 7’s new interface several times, so until the new software is announced at WWDC, interface elements could dramatically change from what Apple has been testing internally in recent weeks.