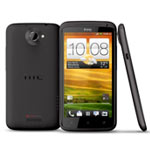 Just under two years ago, HTC’s CEO responded to public pressure by making an equally public promise: “We will no longer be locking the bootloaders on our devices.” Today, that promise is only half-kept by HTC, while other manufacturers have an even spottier record when it comes to keeping the Android ecosystem as “open” as its intended reputation. The bootloaders are locked, and the carriers are holding the keys.The bootloader, if you’re unfamiliar, is basically the low-level bit of software on a computer that allows the rest of the operating system to start up — a nerdy little piece of code that turns out to be important if you want to tinker with the phone to make it do what you want. If the bootloader is locked, you can’t put your own operating system on the phone; if it’s unlocked, you’re free to delve into the life-extending and carrier-free world of custom ROMs.