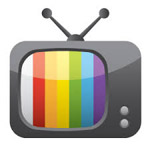 Wired magazine declared that we are witnessing “The Platinum Age of TV” in its April cover story. This boom time for quality TV, it says, is powered by a “hyper-social, data-driven” approach to new show creation and promotion. “It all adds up to a potentially thrilling new era for television, one that values shows that spark conversations, not just those that hook us for 30 minutes.”

I agree completely that the ability to spark conversation is what separates the winners from the losers in this new, “social era in which we live.”  That’s true for TV as it is for just about all sectors of the consumer marketplace.  And word of mouth statistics bear out this part of Wired’s premise.

Conversation About TV is Soaring

During the month of March, for example, nearly one in five Americans were talking about TV shows during the typical day.  That’s 41.8 million people talking about TV each day and represents a whopping 30% increase from the same time a year ago.

What Does it Mean to Be Social?

Where Wired is not quite right, however, is when it starts to conflate conversation with Twitter posts. “When a full 40 percent of Twitter’s traffic, during peak usage, is about television, it’s not hard to see where the action is headed” says Wired.  “And that’s why, some day in the near future, a show’s tweetability may be just as crucial as the sheer site of its audience.”

I have no doubt that a large percentage of Twitter traffic, during prime time, is about television and that social media helps consumers to engage with television in new and still evolving ways.  But it is a huge mistake to think that Twitter has replaced the water cooler or that what’s talked about on Twitter is a mirror of what’s being talked about in the real world.  Consider the following:

Of the 77.6 million daily word of mouth impressions about TV programming, 90% take place offline and primarily are face-to-face.  Social media accounts for 3%.  Is the social media number growing? Yes?  And might it have a disproportionate impact due to the one-to-many nature of social media posts?  Perhaps –although the jury is still out on that.

The contrast between monitoring just Twitter conversation rather than all conversation is stark.  When Bluefin Labs tracked Twitter posts about the major broadcast network shows throughout the 2011-12 television season, it reported that Fox programs were the most social – garnering 16.8 million posts or comments, or 43% of the total.  CBS was fifth out of five, with only 3.2 million or 8% of the total.

The Youthful Skew of Social Media

There are many reasons for this sharp difference.  One is the nature of the programming, with reality shows like American Idol garnering lots of social media posts.  Also, the demographics play a large role, with two-thirds of those who converse about television via social media coming from the 13-29 age cohort – double their proportion in the population.   A network with a youthful skew will find its programs get more Tweets, but not necessarily more conversation overall.

Buzz Counts, But We Need to Count All Buzz

Word of mouth is hugely important in TV as it is on other sectors.   But it’s important not to lose sight of the fact that social media is one piece of a much larger social ecosystem.  We need to listen to and count all conversations if we are to truly understand that conversations are powering the platinum age of television.