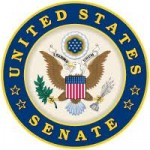 The Senate sided with traditional retailers and financially strapped state and local governments by passing a bill that would widely subject online shopping — for many a largely tax-free frontier — to state sales taxes.  The Senate passed the bill by a vote of 69 to 27, getting support from Republicans and Democrats alike. But opposition from some conservatives who view it as a tax increase will make it a tougher sell in the House. President Barack Obama has conveyed his support for the measure.  Under current law, states can only require retailers to collect sales taxes if the store has a physical presence in the state.  That means big retailers with stores all over the country like Wal-Mart, Best Buy and Target collect sales taxes when they sell goods over the Internet. But online retailers like eBay and Amazon don’t have to collect sales taxes, except in states where they have offices or distribution centers.
As a result, many online sales are tax-free, giving Internet retailers an advantage over brick-and-mortar stores.