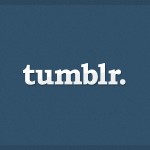 When Facebook bought Instagram for $1B last year, it was a startup less than 2 years old. Its photo app attracted over 30m users and sported an eye-popping user growth curve. Since then, entrepreneurs, VCs and pundits have actively wondered who would be next. I think we know now. And, ironically, it isn’t a natively mobile service.

On Sunday, it was reported that Yahoo’s board approved the acquisition of Tumblr for $1.1B. And after the broad media coverage and discussion about Facebook’s 1 year IPO anniversary, I think it is interesting to note that the Tumblr acquisition could be for Yahoo in many ways what the Instagram acquisition was for Facebook.

Here are 5 simple ways that Tumblr could be Yahoo’s Instagram:

While Marissa Mayer and Yahoo’s board would love for Tumblr to be its Instagram, in many ways they probably want it to be much more. Despite the aforementioned similarities, there are some clear differences worth mentioning as well. Here are 5 ways the Tumblr acquisition is unique to Yahoo:

Instagram was a brilliant defensive move for Facebook and had the side benefit of providing expansion into mobile, which at that time was an underdeveloped area. Yahoo, on the other hand, needs to rebuild its product suite, organization and brand. They have already started with their acqui-hire strategy and new Flickr and Weather apps, but this acquisition raises the bar significantly. As we watch this acquisition carefully, the keys will be user growth, key employee retention, and signs of integration into the mothership, especially in terms of product and sales.

Plenty of people will debate the valuation for Tumblr because that is what people do. (That is for another post.) I believe that the Tumblr acquisition is a necessary move for Yahoo, even more so than Instagram was for Facebook. If Tumblr could be an Instagram for Yahoo in terms of providing a significant number of young users and answering basic questions about the strategy and path from Wall Street, fantastic! The key is that Yahoo needs it to lead a full transformation and repositioning. The challenge is that they can neither move too quickly or too forcefully, or else they could actually drive the audience away.

From the Xbox to open source at Microsoft and from games to social media at Viacom, Denmark has spent his career at the forefront of major strategic moves. Most recently, Denmark advises K1 Capital, a private equity firm focused on SaaS businesses based in Los Angeles, and Connectivity Capital Partners, an advisory firm focused on the entrepreneurial ecosystem in New York City. He is also an occasional speaker and a reluctant blogger.