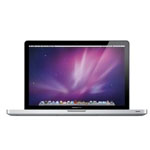 After a U.S. government agency received 13 reports of battery fires, including one that caused a “serious burn” to the user’s leg, Best Buy has decided to recall thousands of replacement batteries for Apple’s MacBook Pro laptops. The U.S. Consumer Product Safety Commission announced Wednesday that “consumers should stop using this product” because “the battery can catch fire while charging.” The culprit product is ATG lithium-ion batteries and Best Buy is recalling about 5,100 of them. Those batteries being recalled are both the black and white ATG replacement batteries for MacBook Pro computers. Model number “MC-MBOOK13B” is on the label of the black battery and model number “MC-BOOK13W” is on the label of the white battery. Lithium-ion batteries have a tendency to overheat and even catch fire. As they’ve become more widely used over the years, they’ve been involved in several dangerous incidents.