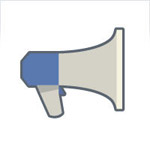 Facebook announced a new review policy for Pages and Groups that’s aimed at reducing cases where ads run alongside content that the advertiser or their customers might find objectionable. On Friday, a BBC report stated that Marks and Spencer and BSkyB had pulled “all or part of their spending” on Facebook after a BSkyB ad (which was “promoting an M&S voucher”) was shown alongside a Facebook Page that was titled “cute and gay boys” and included photos of teenage boys. The story said Facebook was going to make an announcement to address these types of concerns. The Facebook post doesn’t mention any specific advertisers, and regardless of whether the decision was prompted by this incident, it seems to address a larger issue — leaving room on the site for potentially controversial content without making advertisers uncomfortable.