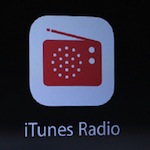 Ahead of its launch of an online radio service Apple circulated terms to independent record labels last week, many of them more generous to the music companies than what rival Pandora currently pays. Apple intends to pay royalties to labels based on a blend of how many times listeners hear their songs and how much advertising Apple sells, according to the terms, which were reviewed by The Wall Street Journal. During iTunes Radio’s first year, Apple will pay a label 0.13 cents each time a song is played, as well as 15% of net advertising revenue, proportionate to a given label’s share of the music played on iTunes. In the second year, that bumps up to 0.14 cents per listen, plus 19% of ad revenue. That compares to the 0.12 cents Pandora pays labels per listen on its free service. Apple is also offering music publishers more than twice as much in royalties than Pandora does.