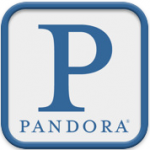 Math! It can solve a lot of problems. It can be made deliberately fuzzy. It can help us break down complicated things. Like artist music royalties from streaming music stations. When David Lowery revealed that Pandora paid him only $16 for 1 million plays, there was an outrage. But some deeper math reveals that Pandora might actually pay a lot more than that. Whip smart writer Michael Degusta put a bunch of numbers together like which royalties go where, what percentage goes to the songwriter as opposed to the publisher and calculated the performance royalty to come up with the number actually paid for 1 million streams on Pandora. His math figured that: Pandora paid a total of about $1,370. The band received a total of about $585. If Lowery received 40% of the performance royalty, “all he got” for the 1 million plays was in fact around $234.