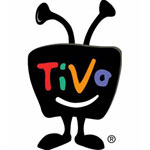 TiVo’s stock plunged the most in three years after settling a patent dispute with Google’s Motorola Mobility unit, Cisco Systems and Time Warner Cable for $490 million — less than analysts had estimated. TiVo announced the amount this morning, saying it brought the total from awards and settlements related to the use of TiVo’s digital-video-recorder technology to about $1.6 billion. As part of the agreement, Cisco and Google will enter into a patent-licensing deal with TiVo. The San Jose, California-based company also approved a $200 million stock-buyback plan. Analysts had been projecting a larger settlement, and TiVo had said in an October court filing that it might be entitled to “billions of dollars” from Motorola Mobility, based on the number of television set-top boxes it supplied to Time Warner Cable.