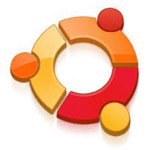 When Canonical founder Mark Shuttleworth began shipping Ubuntu nine years ago, he created “Bug #1.” Its title was “Microsoft has a majority market share,” and Shuttleworth said “[t]his is a bug which Ubuntu and other projects are meant to fix.” Shuttleworth has declared the bug “closed,” but the bug wasn’t fixed as a result of Ubuntu’s popularity. It was fixed by the rise of iOS and Android. As for Ubuntu, Shuttleworth now says, “it’s better for us to focus our intent on excellence in our own right rather than our impact on someone else’s product.” Shuttleworth wrote: “Personal computing today is a broader proposition than it was in 2004: phones, tablets, wearables, and other devices are all part of the mix for our digital lives. From a competitive perspective, that broader market has healthy competition with iOS and Android representing a meaningful share.”