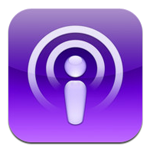 On its Podcasts page in the iTunes Store, Apple has announced that there have been one billion iTunes podcasts subscriptions since since the company launched its Podcasts section in 2005 as an alternative to radio shows. Podcasts allows anyone from individuals to companies to create their own shows and offer them for download/streaming to Apple’s iTunes customers. Apple has also made the announcement via Twitter. In celebration of the significant milestone, Apple has created a special section in iTunes that lists some of the most popular Podcasts available. This section highlights “classics” such as 60 Minutes, NPR, and This American Life, in addition to some current popular offerings such as NBC Nightly News and TEDTalks. Macworld spoke to NPR about the milestone and learned about the Apple/NPR relationship and growth.