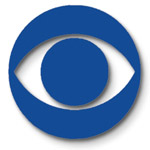 Time Warner Cable quickly restored CBS programming after briefly implementing a blackout in select markets early Tuesday, but viewers may face another interruption if a deal can’t be reached by Friday. Both sides have agreed on a new negotiating deadline of Friday at 5PM in their continued quarrel over retransmission fees. “We have agreed to an extension with CBS until Friday, August 2nd at 5pm ET, while we continue negotiations,” the network told The Verge in a statement. The revised cutoff comes after a number of unfruitful last minute extensions Monday evening. Time Warner Cable began removing CBS programming shortly after midnight but quickly reversed itself at the broadcaster’s request, telling The Wall Street Journal, “We were in the process of removing the programming when they requested the halt.”