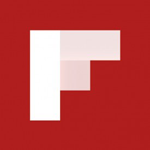 As part of a new effort to move beyond mobile devices, Flipboard is making its first big jump to the web. Prompted by the success of its user-created magazines — Flipboard says users have made over 2.5 million — the company is today launching full HTML5 versions of its magazines. Unlike the the magazines that launched as part of Flipboard 2.0 earlier this year, these will work on any browser, whether you’re on mobile or desktop. It’s only the first step towards the larger web experience though. The company plans to bring articles into the mix in the next few months, with the full Flipboard experience (with search, your subscriptions, and table of contents) rolling out to users around the end of 2013 or early 2014. CEO Mike McCue told The Verge about the backstory of bringing Flipboard to the web.