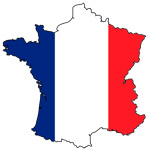 After years of questionable effectiveness, France’s notorious three-strikes anti-piracy law—known by its French acronym, Hadopi—has had its most controversial provision removed. On Tuesday, the French Ministry of Culture announced that it would be canceling the most severe penalty in the entire scheme: disconnecting someone from the Internet. How many times was this penalty actually enforced over the years that Hadopi has been on the books? Exactly once. In September 2012, a man in Eastern France was convicted of a third strike after downloading unauthorized copies of two Rihanna songs, even though his soon-to-be-ex-wife was the one who admitted in court that she had done it. Frustrated with the entire Hadopi system, the unnamed man from Eastern France voluntarily took his entire household offline.