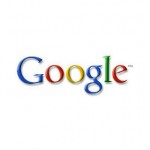 Google’s home-entertainment experiments extend beyond the gadget the company announced Wednesday, which turns TV sets into an extra screen for watching Web videos and other content. The Internet giant in January used the Consumer Electronics Show to privately show off a prototype of a previously unreported set-top box device, similar to existing digital-media hubs sold by companies such as Apple and Roku, said people briefed on the device. These people said Andy Rubin, a Google executive at the time, led the demonstrations of the set-top box, which was powered by the company’s Android operating software and had as a core feature Google’s video-conference service, Hangouts. The device as demonstrated had a video camera and motion sensor, they said. A Google spokeswoman declined to comment Thursday.

Read the full story at the Wall Street Journal.

PreviousFitBark, a Fitness Tracker for Your Dog, Raises $30k on Kickstarter in One Day NextAll L.A. School Students Will Get Free iPads by End of 2014