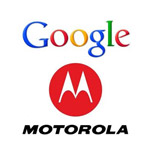 The upcoming Moto X smartphone represents something of a rebirth for Motorola, and Google is reportedly willing to spend top dollar to get that message across. According to The Wall Street Journal, Mountain View is prepared to spend upwards of $500 million on the marketing campaign for Motorola’s customizable, assembled-in-the-USA flagship. That budget is said to cover the United States as well as some international countries where the Moto X will be sold. Motorola has already turned on the hype machine, recently placing a full-page ad in various US newspapers describing Moto X as “the first smartphone you can design yourself.” Those customizations are said to include a choice of colors for the front and back as well as engraving options. Availability of the Moto X is expected to be widespread for US buyers.