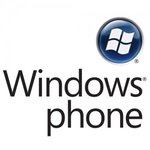 As Nokia lifted the lid on its new Lumia 1020, a 41-megapixel beast of a smartphone, a number of app-related news nuggets piggy-backed on this announcement in New York earlier on Thursday. First up, Path – the private social network with a 150-friend limit – has revealed that due to uber-popular demand, it’s finally coming to Windows Phone, working directly with Nokia to make it happen. “This is a platform that we are especially excited to build on because it has been one of the most requested platforms by our users from all corners of the globe,” the company said in a blog post. “We’ve worked closely with the team at Nokia to build Path for Windows Phone, with a special focus on the new Nokia Lumia 1020 device.” Indeed, photo-sharing is a core aspect of Path as a social network, so the 1020’s 41 megapixel camera, alongside Nokia’s Imaging SDK and premium filters, should work well for it.