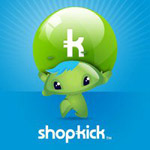 Shopkick, the iOS and Android app that lets users search for products, find out where they are sold, and then automatically get checked in at retail locations for discounts to buy them in stores, is making another move today that widens its remit beyond simply driving more bricks-and-mortar business. The startup is launching in-app purchases, starting with 30 major stores that were already a part of the Shopkick’s product aggregation platform, including Target, Macy’s, Best Buy, Old Navy and Anthropologie. You might think this sounds like a step away from Shopkick’s original physical store business, which the company tells became profitable at the end of last year. Co-founder and CEO Cyriac Roeding paints it another way: it’s an expansion of Shopkick’s revenue streams, yes, but it also will help stores compete better against their biggest threat today: Amazon.