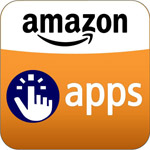 Amazon on Wednesday is announcing a significant expansion to its mobile application marketplace, the Amazon Appstore, which will now be open to developers of HTML5 web applications and mobile websites. These web apps will be discoverable and sold alongside other native Android applications on any device where the Amazon Appstore is able to run, including, of course, the Kindle Fire. At launch, a small handful of web applications have been added to the Amazon Appstore catalog, including “Happy Tree Friends: Run & Bun” from TreSensa, “Dream Pet Link” from Spil Games, and “Video Game Reviews, News & Previews” from IGN Entertainment. However, today’s announcement is more about making it known to developers that the Amazon Mobile App Distribution Program is available, rather than touting a lineup of new additions.