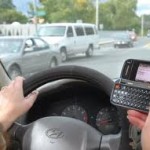 Just about everyone knows that sending texts while driving is an incredibly bad idea, but a New Jersey court has just decided that not only drivers should be held liable for texting-related accidents. According to a just-released opinion from a New Jersey court of appeals, someone who sends a text message to another person can be held liable for a texting-related accident so long as the sender was aware that the message’s recipient was behind the wheel: “We hold that the sender of a text message can potentially be liable if an accident is caused by texting, but only if the sender knew or had special reason to know that the recipient would view the text while driving and thus be distracted.” The court’s opinion came out of an earlier texting while driving case: a teenager driving and texting crossed the center line of the road he was on and severely injured a married couple on a motorcycle.