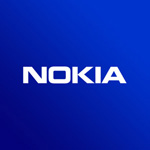 Nokia has started rolling out an app to its Lumia Windows Phones that enables the blocking of calls and SMS messages. In an update to the Extra + Info application, Nokia has added an additional settings area in Windows Phone that lets owners block specific numbers from calling or sending text messages. The app also integrates into the phone section of Windows Phone, where you can simply tap and hold on a number to add it to the block list. It’s a fairly simple addition that Microsoft hasn’t built into Windows Phone fully itself yet. Nokia’s app takes advantage of new APIs included in a Windows Phone 8 GDR2 update that’s rolling out to handsets at the moment. The Verge understands that other OEMs are free to provide similar functionality to their devices. Nokia’s app also has options to block withheld numbers, and notifications and a Live Tile to track how many times a number is blocked.