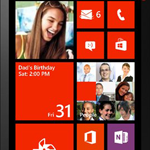 Nokia on Thursday started rolling out its Amber software update for Lumia smartphones running Windows Phone 8. Amber is meant to build upon the latest Windows Phone 8 update (GDR2) from Microsoft, which adds a new FM radio player as well as improvements to Xbox music and Internet Explorer. The rollout is starting with five devices: the Lumia 920 and Lumia 820 in selected countries as well as the Lumia 521, Lumia 810, and Lumia 928 in the US. Nokia notes that exact delivery timings will vary depending on region, phone, and operator, but it expecting the update to reach all Lumia 520, Lumia 620, Lumia 720, Lumia 820, and Lumia 920 devices “by the end of September.” Your Nokia Lumia will check periodically for software updates automatically, but you also check manually (Settings => Phone Update or via the support pages).