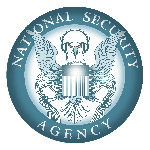 The NSA bugged offices in the UN’s New York headquarters as part of a comprehensive surveillance program, says Der Spiegel. According to files leaked by Edward Snowden, the agency has bugged more than 80 embassies and consulates under a program called the “Special Collection Service.” The program is “intensive and well organized and has little or nothing to do with warding off terrorists.” In New York, that included tapping into video conference calls, which the NSA managed to do in the summer of 2012. “The data traffic gives us internal video teleconferences of the United Nations (yay!),” reads one document, which also says that the number of communications that were decoded rose from 12 to 458 in three weeks. Der Spiegel also reports that besides the UN’s headquarters, the European Union and International Atomic Energy Agency were bugged.