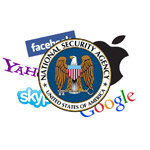 The National Security Agency paid millions of dollars to cover the costs of major internet companies involved in the Prism surveillance program after a court ruled that some of the agency’s activities were unconstitutional, according to top-secret material passed to the Guardian. The technology companies, which the NSA says includes Google, Yahoo, Microsoft and Facebook, incurred the costs to meet new certification demands in the wake of the ruling from the Foreign Intelligence Surveillance (Fisa) court. The October 2011 judgment, which was declassified on Wednesday by the Obama administration, found that the NSA’s inability to separate purely domestic communications from foreign traffic violated the fourth amendment. While the ruling did not concern the Prism program directly, documents passed to the Guardian by whistleblower Edward Snowden describe the problems the decision created for the agency and the efforts required to bring operations into compliance.