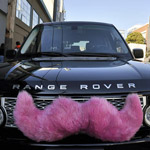 Ridesharing has finally been approved within the state of California. Today, the California Public Utilities Commission (CPUC) officially recognized companies like Lyft, Sidecar, and Uber as “New Online Enabled Transportation Services” or “Transportation Networked Companies” (TNCs), approving a set of 28 rules and regulations for these entities. The move will allow ridesharing companies to continue operating around the state without fear of further government action against them. So in short, smartphone-driven pickups are here to stay. Since the introduction of ridesharing companies in 2012, California’s transportation regulator has consistently scrutinized the practice. By late 2012, CPUC slapped three firms with a cease-and-desist. Next came fines, which didn’t do much to stop the companies’ operations. So in December 2012, the CPUC seemed amenable to changing the rules as a way to legitimize these businesses.