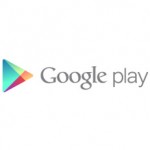 Distimo’s new August survey offers yet another snapshot of just how quickly Google Play is narrowing the gap behind iOS in app revenue generation. Last March, the split between the two platforms was 75% – 25%. By August, that split had tilted to 65% – 35%. This means that Google Play now generates more than half as much revenue as iOS. Of course, it is possible that with the new iPhone 5s and iPhone 5c, Apple may be able to slow down Google Play’s market share gains during the last quarter of 2013. This is going to be one of the most interesting aspects of the iPhone 5c gambit — is the new model going to help Apple at least postpone the day when Google Play becomes the highest grossing app platform? Distimo shows that in Japan, Google has already become the No.1 app revenue generator.