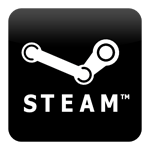 Valve’s Steam Box is coming, and if the company behind Half-Life, Portal, and Team Fortress 2 gets it right, the next gaming console in your living room could be much different — and more compelling — than your Xbox, PlayStation, Wii, or PC. Valve is trying to build a game console that you haven’t seen before: something that brings the PC (the big thing sitting on your desk) and the traditional console (the little thing sitting under your TV) together into a single device. A device that will run Valve’s Steam platform: the biggest digital game distribution service on the market, with upwards of 50 million users. (By comparison, Xbox Live has somewhere around 40 million subscribers.) But what does that really mean? If you know any PC or console gamers, they’re sure to have some talking points on hand about why their gaming platform of choice is the platform to have.

PreviousValve's SteamOS is a Linux-Based OS for Your Living Room PC NextStudy: Playing StarCraft 2 May Make You Smarter