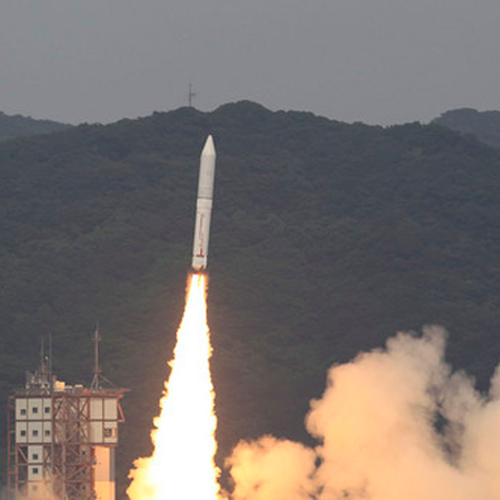 When The Space Shuttle was conceived, its mission was to make space flight “cheap.” (As these things go.) Original estimates had hoped that eventually the program would cost a frugal $50 million per launch. That dream was never realized, and in the end cost a total of $196 billion — an average of $450 million per mission. Though the launch vehicle became an icon of American ingenuity, it never quite lived-up to expectations. Now Japan may have finally realized the goal of cheap space-flight — though perhaps in somewhat less spectacular fashion. Its new Epsilon — a solid fuel rocket similar to the Shuttle’s boosters — has managed to pull off an orbital launch costing a mere $40 million. Now, the Shuttle was a much more complicated, capable and ultimately spectacular system, but the launch of the Epsilon may still portend something badly needed in the industry. And the Japanese Space Agency says the rocket’s extensive use of computer technology means monitoring work that once required a full-staff control room can be done essentially on a single laptop. So the system is not only cheap, but easy. That’s worth getting excited about.