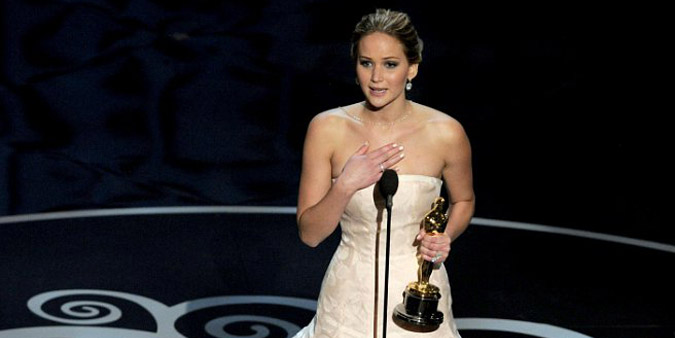 The Millennial generation, which is 80+ million strong and larger than the Baby Boomers, has started to fill management roles at companies big and small. You could say our journey into the upper ranks isn’t going smoothly.

In a recent workplace study, older employees believe Gen Y managers are entitled and only concerned with ourselves.

Part of the problem: the idea that we deserve trophies for everything — even the stuff we’re expected to do all along like work hard or not burn down a forest (seriously).

Then we young folk, the so-called “Trophy Generation,” think even the smallest accomplishment is cause for major celebration. Then we figure we’re awesome. And then people call us entitled.

When you hear your name, please come to the podium and accept this year’s “honors.” You earned them!

The “Arrived on Time for Three Straight Weeks” Award

Remarkable. You have greater precision than a fine Swiss watch. If you stay punctual an entire month, the company might even name a wing after you.

The “Worked Late to Finish a Big Project” Award

Company policy says the day ends at 5:30 pm but somehow you soldiered on and didn’t leave the office until the clock struck 10. Forget about a trophy. You, fine sir or madam, deserve a medal of bravery.

The boss is 67. You’re 24. A outside observer might say you were the obvious choice to educate the CEO on social media. But no, what you did forever changed company culture and solidified your place as a future leader of the organization.

The “Effectively Dealt with an Annoying Client” Award

We all watched in amazement as you handled the thorniest client in company history. Until then, none of us had ever encountered a difficult business relationship. It had all been like a dream. What would we do without you?

The trash spewed from every can and threatened to overwhelm helpless co-workers. You calmly rolled up your sleeves, emptied each can and rid the office of vicious waste. Selflessness of the highest order. We know a trophy isn’t enough, but it will have to suffice.

You entered the review feeling invincible and left with a dark shiner below your right eye. No matter. You slapped a frozen steak on the bruise, fought the urge to quit, made improvements and came back stronger than ever. Good on ya.

Everyone figured after year two you’d be long gone. Somehow, you found the strength to settle in and grow with your current organization. It takes a special kind of courage to be so committed.

And the most heralded trophy of all…

The “Lifetime Achievement by Age 27″ Award

Shut it down. Game’s over. At only 27, you became a manager with a corner office and a team of people under your dominion — some of whom are older than you. What else is there? You’ve reach the summit.

And why hasn’t someone topped off your coffee already? Interrrrn.

OK, here’s the deal. A manager and a leader are not the same thing. Management means to oversee people; leadership is to inspire. As we assume management positions, we can’t forget what it means to lead.

Team-first over me-first. Don’t need credit for a job well done. Be grateful rather than entitled. Sort of like…

The “Most Fortunate to Have Reached a Management Position” Award

Someone oughta make a trophy for that one.