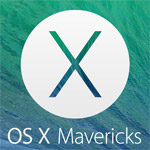 Apple plans to release its next Mac operating system, OS X 10.9 Mavericks, at the end of October, according to sources with knowledge of the launch plans. This comes despite claims and speculation that Apple will release OS X Mavericks and iOS 7 in tandem this month. iOS 7 is set to ship alongside the iPhone 5S and iPhone 5C later in September. There has also been chatter about Apple holding the iPad iOS 7 release back until October. For the launch of both OS X Lion and OS X Mountain Lion, Apple released the new operating systems the day following an earning results release. Apple traditionally shares its Q4 earnings numbers during the second half of October, so perhaps Apple will release Mavericks the day following its Q4 results announcement. OS X Mavericks includes several enhancements over the current Mac OS, Mountain Lion, including improved multiple-monitor support.

Read the full story at 9to5Mac.

PreviousWSJ: Apple is Testing iPhones With Screens Up to 6" NextShelly Palmer Talks About Bigger iPhone Screens on Fox 5 News at 5