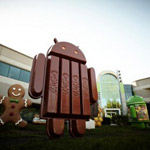 Google may partner with LG Electronics again to develop and launch a co-branded 5-inch smartphone, the Nexus 5, following cooperation on the Nexus 4 launched in the fourth quarter of 2012, according to Taiwan-based supply chain makers. The revealed specifications of the Nexus 5 are almost identical to those found in the LG G2, which comes with a 5-inch Full HD display and is powered by a Qualcomm quad-core Snapdragon 800 CPU, supporting LTE technology. The Nexus 5 is likely to run on Android 4.4 KitKat OS and will be available in October 2013 targeting the mid-range segment, the sources noted.

Read the full story at Digitimes.