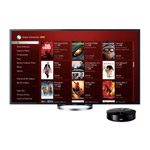 Technology is a fickle mistress and no-company knows it better than Sony. There was a time when its television sets were a fixture in every upwardly mobile household. Sony game consoles were on every teenage boy’s Christmas wish-list and many of us grew up plugging into the Sony Walkman. It was a company that at one time was awe inspiring and amazing for even the late Steve Jobs. Nothing lasts forever, especially when it comes to companies that get complacent and lose their way. Nimbler, hungrier rivals, new technologies and better manufacturing technologies eat away at even the mightiest of them all. And that is what happened to Sony, which lost its pre-eminence to Samsung, Apple, Microsoft and Google. A dismal future awaited Sony if it didn’t do something drastic, in its case, focusing and betting on its core strengths – especially video technology, thanks to being a big player in television.