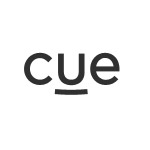 Personal assistant app Cue has been acquired, we’ve confirmed with a person who should know. The app has sold for between $40 million to $60 million, we’re hearing from two sources, including TechCrunch tips, who posit that Apple has picked up the company for over a $35 million price tag. While we’re hearing that the price range was more like $50 million to $60 million, Apple Insider earlier published an anonymous tip that Apple picked up the company for at least $35 million. According to our sources, Dropbox had at some point been in the acquisition queue for Cue. Backed by SV Angel, Sequoia Capital, Lerer Ventures and Index Ventures in addition to some notable angels, Cue was born as Greplin, a social search startup. The company will not be shut down post-acquisition, though it did recently shut down its app.

PreviousTwitter Files for $1 Billion IPO, Will Trade as TWTR NextInstagram to Feature Ads Within a Few Months