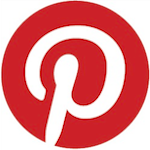 Bing announced on Wednesday that it has integrated Pinterest data into its image search capability. Noting that computer sorting is a powerful tool, but that individuals can also effectively curate, Bing has added a new image collections feature. Pinterest is a popular tool that allows its users to aggregate images of any genre and share those “Pinboards” with others. Pinterest is important enough that during the last presidential election, both the First Lady and Mrs. Romney signed up. Bing, which already allows you to “Pin” directly to your Pinterest board from image search, places the image collections to the right of its normal results. Naturally the most important part of the above is the inclusion of the “View on Pinterest” button, completing the circle. There isn’t a copyright issue at hand, if you were curious, as Bing is merely crawling Pinterest the way that it indexes the rest of the Internet.