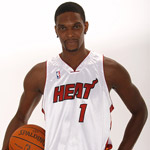 I get it. There seems to be something silly about asking everyone — from the homeless to really young kids — to learn to code. There are deeper things that need to be fixed in the “system” too. But I don’t think that means we should dismiss the value of learning to code. Being a kid of the 1990s and living in a house run by tech-savvy parents, I began to notice that the world around me was spinning on an axis powered by varying patterns of 1s and 0s. We’d be fools to ignore the power of mastering the designing and coding of those patterns. If brute physical strength ran one era, and automation the next, this is the only way we can keep up. Most jobs of the future will be awarded to the ones who know how to code. We use code every time we’re on the phone, on the web, out shopping — it’s become how our world is run. So I take comfort in having a basic understanding of how something as big as this works.

PreviousMonsieur is Your Robotic Bartender of the Future NextShelly Palmer Radio Report - November 1, 2013