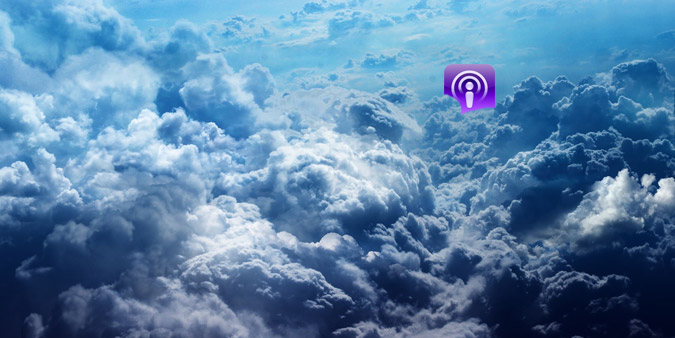 I like a lot of things about Apple. I love my iPhone – it’s the best smartphone I’ve ever had. I love my iPad – I use it far, far more than I ever thought I would. I love how Apple (sometimes) innovates and (more often) takes things other companies have done and simplifies them. Things “just work.”

Apple’s not perfect, though. Few companies are. Not all things “just work.” When it comes to a company like Apple, it’s inexcusable how much of a train wreck iTunes is. I use iTunes for two reasons: (1) Because I have an iPhone; and (2) Podcasts. It’s that second reason that has turned my hatred of iTunes (and tech support and computer problems) up from simmer to a boil this week.

The Blight of iOS 7

You see, when iOS 7 was released, Apple released iTunes 11.1. To sync your iOS 7 device, you needed to upgrade. This update also completely ruined the program’s podcast section.

While Apple spent a lot of time and effort incorporating iTunes Radio into its media player (and into its Music app on iOS) for iTunes 11.1, it neglected the Podcasts component altogether. Two really bad things happened … well, as “bad” as bad things can be when it comes to #firstworldproblems.

Podcasts Are Kicked to the Curb

First, podcasts were excised completely from the Music app on iOS. Apple finally required everyone to use its Podcasts app. That app is awful. When a first-party app has a 2/5 rating in the App Store, something’s wrong. (My friend tipped me off to the upcoming Overcast.fm app, which is being created by Marco Arment, who co-founded Tumblr and created Instapaper. I’m excited for this.)

More importantly, though, there’s a MAJOR glitch in the new iTunes’ coding that has made life a living hell for podcast subscribers. Despite telling iTunes (a) not to auto-delete podcasts and (b) keep all episodes of all podcasts, the program would do the exact opposite of that and delete episodes as soon as I finished listening to them. Not just from iTunes, mind you, but from my computer altogether. Several podcasts I subscribe to don’t offer their entire catalog, but rather a select number of episodes. There are a few episodes I’ve downloaded that are now gone forever.

I thought I was alone in this problem. I scheduled a call with Apple, who I have to admit was very generous. I don’t have AppleCare on any of my products, but I was able to get help anyway under the “exception” that I just upgraded to iOS 7 and was having issues.

After a 90 minute call with Apple, the two techs I spoke to were at a loss and could only guess that it was a problem with my Windows User account. They suggested I speak to Microsoft. Microsoft wanted to charge me $149 to talk to them. I passed. I didn’t want to have to completely re-set up my entire Windows experience, so I un-installed iTunes 11.1 and went back to 11.0.

Podcasts worked! Nothing was deleted!

Except I couldn’t sync with my iPhone, nor could I access my library, as it was modified by a newer version of iTunes. That meant my playlists and play counts were gone. Not ideal.

When my iPhone didn’t correctly download a new album I bought on iTunes, I gave in and re-installed the newest version of iTunes. With fingers crossed, I re-downloaded (for the third or fourth time) the 600+ podcasts that were auto-deleted. I woke up Tuesday morning to find they were all gone. Again.

But lo and behold, Fast Company posted an article detailing how one of Spotify’s top engineers ran into the same problem. I clicked on his blog post, which directed me to a six page thread on Apple’s Support Communities where dozens of people were complaining about the same issue. One commenter posted a fix: Uncheck the box that says “Sync podcast subscriptions and playback” in the Advanced tab of Preferences Menu. I don’t know why this did the trick, but it resolved my issue. As I’m writing this, four hours later, no podcasts have been deleted. Everything is as it should be.

I e-mailed the Senior Apple tech I was talking to yesterday, sending her links to the Fast Company article, the original blog and the Apple Support Communities page. She said she’s reaching out to the engineers on her end, but I haven’t heard back.

My problem is fixed, but not because of Apple. There’s a kink in the system, and it’s a problem Apple needs to resolve. I know it’s impossible for every tech support agent to solve every problem, but it’s frustrating that I would still be sitting here with a broken version of iTunes had the Spotify engineer not ranted about the same problem and had Fast Company not written an article about it. Come on, Apple. Get your act together. Fix this problem.

The next time you have a computer issue, chances are you’re not the only one. Do yourself a favor and Google for solutions to your problem. They’re probably out there. When we live in a tech world where even companies like Apple put out products with major, major flaws, our best friend is Google.

Let me know if you’ve had (or if you currently have) this problem. Try this fix and see if it solves your issue. It worked for me (knock on wood), so I hope it will work for you, too.

PreviousEverything You Need to Know About Tor (And Why You Should Care) NextShelly Palmer Radio Report - October 9, 2013