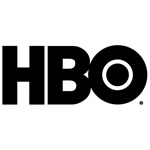 If you’re not an HBO subscriber and you don’t know someone who’s willing to give you their HBO Go login credentials, then you’re pretty much locked out of the pay cabler’s walled original content garden. But as of Monday, HBO’s granting access to seven of its most popular series via Google Play. Pricing for the download-to-own shows, which includes Veep, Girls, The Newsroom, and (nerd-favorite) Game of Thrones, varies from $2 – $3 per episode and $19 – $29 for a full season. And more content is planned to hit Play soon, including HBO’s famed documentaries, although the cabler didn’t get any more specific than to say it’d arrive in the next few months. So, if you’ve been pirating to get your ‘It’s not TV, it’s intelligent porn fix,’ now you have a paid and legal alternative.

PreviousStudy: Instagramming Your Food Makes You Enjoy it Less NextGoogle, Cisco and SAP in Talks to Buy BlackBerry