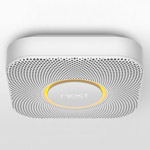 Connected home provider Nest is expanding its offering as launches a new product designed to redefine what you come to expect out of appliances in your domicile. On sale this November, consumers can add the Nest Protect smoke detector to their homes for $129. In addition, the company is releasing version 4.0 of its app for Web, iOS, and Android and will be bringing its smoke and carbon monoxide detector to the UK starting October 30. It’s been two years since Nest made its way onto the scene, competing against the likes of Honeywell. We spoke with the company’s Director of Product Marketing Maxime Veron to talk about how things have been going, its future with Protect, and more. When Nest launched in 2011, it had just 90 employees and its inaugural product was sold in only 3 retail shops with 50 certified retailers.