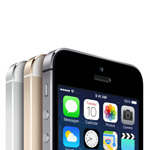 Apple may be enlisting a couple of more suppliers to help meet demand for its mobile products. Later this year, the iPhone maker will tap into the resources of Taiwan-based Wistron to build 5C handsets, The Wall Street Journal reported Wednesday, citing “people familiar with the supply chain.” Next year, Apple will employ Compal Communications, also based in Taiwan, to produce the iPad Mini. Apple typically relies on Foxconn, aka Hon Hai, for much of the manufacturing of its mobile devices. But that relationship has had its ups and downs. Foxconn has been criticized for its unsafe labor practices, creating a headache for Apple. A high return rate for defective iPhone 5 units has also triggered a disagreement between Apple and Foxconn over which one should pay for the repair costs, J.P. Morgan analyst Alvin Kwock told the Journal.