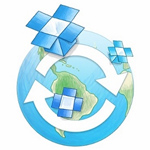 Dropbox, an online storage service that has gained 200 million consumers in five years, is heading to the office. On Wednesday, the company announced Dropbox for Business, a significant advance from its previous efforts to build storage for work groups. It also signaled a willingness to compete with some of the biggest companies in the online world, including Google, to be a large online resource for companies. Like the regular version of Dropbox, the business version provides a way to put documents, photos and other digital products into a central location and work on or share the items from any connected device. In addition, it comes with significant security features, like the ability to monitor and withdraw the data employees have in the system. “We’re building a different kind of enterprise software,” said Drew Houston, the founder and chief executive of Dropbox.