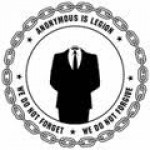 Activist hackers linked to the collective known as Anonymous have secretly accessed US government computers and stolen sensitive information in a campaign that began almost a year ago, the FBI warned this week. The hackers exploited a flaw in Adobe Systems Inc’s software to launch a rash of electronic break-ins that began last December, the FBI said in a memo seen by Reuters, then left “back doors” to return to many of the machines as recently as last month. The news comes a day after an Anonymous activist received a 10-year sentence for his role in releasing thousands of emails from the private intelligence firm Stratfor. On Friday Jeremy Hammond told a Manhattan court he had been directed by an FBI informant to break into the official websites of several governments around the world.