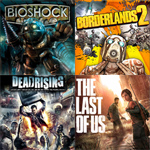 This week marks the end of an era. Friday will see the launch of the Sony PlayStation 4 with the release of Microsoft’s Xbox One coming one week later. Sure, you can still buy new games for the PS3 and Xbox 360 over the next few years, but the industry will have moved on to bigger and better and more powerful pastures.

Forget about the Wii U – Nintendo has firmly entrenched its latest console as a primarily first-party game platform – this next cycle is a two-horse race between Microsoft and Sony. I’ve got both new consoles pre-ordered, so I thought that this was a good week to reflect on this past generation of consoles, in the quiet before the storm. I realized this generation revolved around one common feature – one Nintendo had no interest in whatsoever. 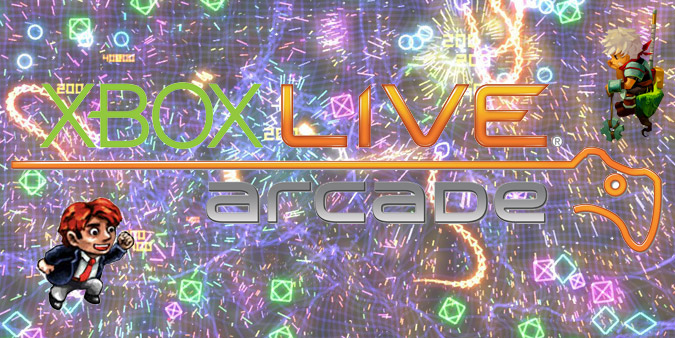 No feature better represents this past generation like the digital download. From launch, the Xbox 360 offered bite-sized gaming through the Xbox Live Arcade (XBLA). What could have been nothing more than glitzed up re-releases of classic arcade games became a juggernaut of a platform, and yielded some of the best games of the generation. (I have no way to quantify it, but I may have spent more time playing XBLA games than disc games in the past eight years.)

From Geometry Wars to Braid, Bastion to Pac-Man CE DX, Xbox Live Arcade became a spotlight for a new breed of games. The most important feature was Microsoft’s requirement for trial versions of every XBLA title. This saved me from spending lots of my money on terrible, terrible games.

The PlayStation Network (PSN) started out slower when it came to downloads, but took off in a big way. Some of the best games I’ve played on my PlayStation 3 were download-only, like Journey. The PSN couldn’t keep up with the XBLA in terms of quantity (or quality) for most of its life, but did deliver quality titles.

Nintendo? Forget about it. Nintendo saw digital downloads as nothing more than a way to regurgitate old games, purely for nostalgia’s sake. The PSN may not have come close to XBLA, but the Wii’s Virtual Console was in such a distant third place, it shouldn’t even be in the same conversation.

Downloadable games were merely half of the two-headed beast that was the downloadable revolution. The other? Downloadable content (DLC). From map packs to horse armor, new outfits to fully-fledged expansion packs, downloadable content expanded the worlds we loved, and became so entrenched in the video game world that it became expected. I can’t think of the last major release that skipped out on downloadable content. It gave customers a way to get fresh experiences from games they’ve beaten, and gave developers a way to make a few extra bucks on a title that, in past generations, would have been dead in the water. 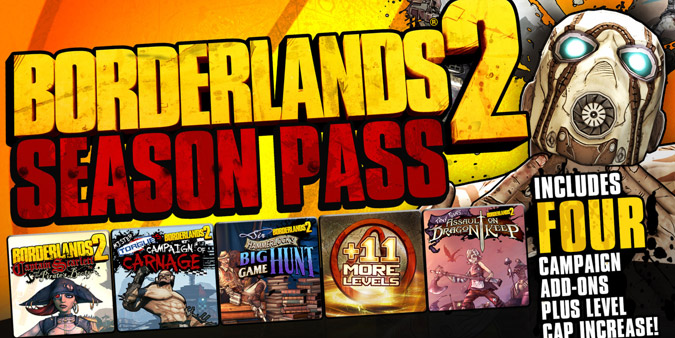 But when the Season Pass was done wrong… ouch. The ups and downs of the Season Pass have, if nothing else, taught me purchasing patience. Games like BioShock Infinite featured a Season Pass released on Day One that gave a few in-game perks (that weren’t needed, since the game was incredibly easy) and didn’t deliver any more content for over four months … which turned out to be a map pack for the tacked-on multiplayer component. The first anticipated piece of DLC for Infinite came out yesterday … the same week that marks the end of the console cycle. Great timing, guys!

Rock Out: Hall of Fame-Caliber DLC

No franchise did downloadable content better – or on a more prolific scale – than Rock Band. For 275 weeks in a row – that’s over FIVE YEARS – Harmonix released at least 3 (and as many as 20!) new songs to be played in its Rock Band games. There were nearly 1,700 songs released as download-only titles (you can check the full list here), which is almost unfathomable.

By regularly releasing new songs, Harmonix made sure that my friends and I kept coming back to Rock Band every week. Sure, the gameplay mechanics remained unchanged, but being able to strum or drum or sing along to brand new songs was incredible. Waiting for Harmonix to unveil what songs would launch next became unbearable, as we all waited for our favorite band to be featured (some of which never showed up). 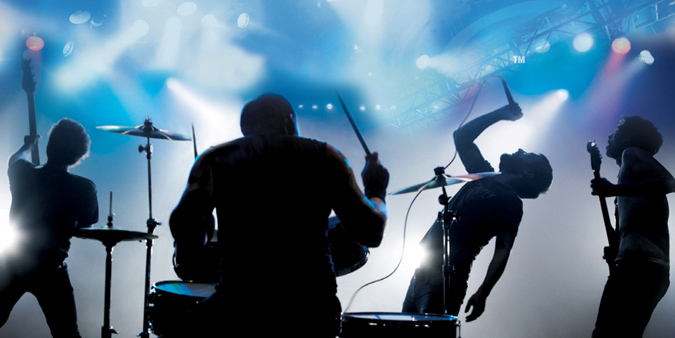 Rock Band was my favorite game of the generation (see my list at the end of this article) for many reasons, but an ever-growing library of songs was definitely a major contributing factor. This is how you do DLC, companies.

The Biggest Problem(s) of All

But with great DLC comes great responsibility, at least in terms of managing your storage. First-generation Xbox 360s shipped with either 4 GB or 20 GB in storage, which, at the time, seemed adequate. But when story expansions frequently topped the scales at over a gigabyte each, you filled up that space quickly. (Sounds like a bit of déjà vu.) The PlayStation 3 wasn’t much better, but did offer up to 60 gigs of storage on launch day (albeit for the ludicrous price of $599).

Expanding your games required you to also expand your storage. Microsoft and Sony caught on and began offering consoles with bigger hard drives. Sony’s inability to transfer your data from one hard drive to the next was unforgiveable, though. Gamers with even the littlest amount of tech-savvy could swap out their PlayStation 3’s hard drive for a bigger one … but still found it impossible to move saved data from the old drive to the new. Microsoft may have forced you to buy first-party hard drives, but at least it made it easy to move your saves over.

That’s not to say Microsoft is off the hook this generation, though. I had seven Xbox 360s break within three-and-a-half years of launch. SEVEN. IN 42 MONTHS. The horrible, awful, terrible Red Ring of Death killed seven consoles of mine. Luckily, I never needed to pay for a replacement, even though Microsoft tried to get me to do so on more than one occasion. But with an average of three weeks or so downtime, that meant I didn’t have an Xbox 360 for over four months in the console’s first 3+ years. That’s embarrassing.

Problems or no problems, this latest generation was a great one and provided me with some of my favorite games of all time. It was the first cycle where I was the one buying the consoles and most of the games, rather than relying on my parents to buy them for me. That gave me a sense of ownership over the consoles. It may just be that sense of independence talking, but I really, truly enjoyed this past generation.

But it was also the first console cycle where video games were no longer my primary leisure time activity. As I found myself becoming more and more interested in movies and TV, I found myself playing less and less video games. The ones I played, I loved, and my queue of unplayed titles has tons of top-tier games in there. Can the next console cycle regain my focus? Can it live up to the last generation? I’m not sure, but I know I’m excited.

Finally, as I look to the next generation to provide more video game memories, here are my favorite games of the generation: