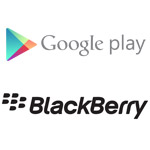 I think at this point we can pretty safely say that BlackBerry’s BB 10 relaunch was a bit of a disaster for the once-mighty Canadian smartphone makers. I mean, you don’t give your CEO the boot for nothing right? And it now seems the company is ready to fully capitulate to its Android rival. How? By allowing Google’s Play Store for Android apps to run on BB10 devices. That’s what’s suggested by leaked screenshots from CrackBerry, which appear to show a scuffed-up Z10 playing with the Android runtime and displaying the Google Play storefront. While the screenshots could, of course, be Photoshop jobs, BB 10 does support the Jelly Bean build of Android, meaning it’s theoretically possible. If true—and this is one biiiiig if—it’s basically an admission that BlackBerry’s own BB 10 app store is lacking in the killer applications that attract users to its Google-owned rival.