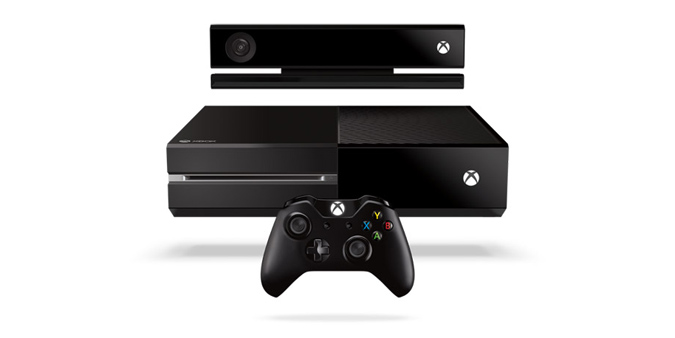 The Xbox One was designed by Microsoft to replace every other “thing” in your living room. Whether you wanted to watch live TV, play a video game or catch up on Netflix, Microsoft’s idea was to let you do it through the Xbox One, with little to no need for anything else. I bought the Xbox One with almost no intention of using it this way, however; I bought it to be a video game machine that also lets me watch Blu-rays and Netflix if I find it more convenient to use than the PlayStation 4. But I wanted to see if the Xbox One COULD replace everything else in my living room. Spoiler alert: It can, and it can’t. More on that later.

It’s somewhat of a mash-up of the Xbox 360 and Windows 8, which takes the best of both worlds. It launched with 22 games available to play, nearly half of which are exclusive to the Xbox One.

I was a fan of the original Kinect. It wasn’t great, there weren’t very many great games developed for it and interacting with it – even on the Xbox 360 dashboard – was less than ideal. But it was something brand new in the world of video games, and went far beyond the motion control of the Wii or PlayStation Move.

Most of the games designed for the first Kinect were gimmicky at best, and ranged all the way down to broken messes you couldn’t even play. (Don’t get me started on Hole in the Wall, which was so broken that no one in the world could get past the third round.) Ultimately, it became nothing more than a fitness tracker (which isn’t the worst thing in the world) as well as a way to control your 360 with your voice. But Kinect had some truly unique games that immersed you in the game – The Gunstringer, Dance Central (and its sequels), Child of Eden and Fruit Ninja all come to mind.

It wasn’t a terrible piece of hardware – but it wasn’t great, either. It also launched more than halfway through the 360’s lifecycle as an optional purchase, which meant developers could ignore it altogether since only a fraction of 360 owners owned it. That’s why the Kinect 2.0 was bundled in with every Xbox One (and why the console costs $100 more than the PlayStation 4): for ubiquity.

Because everyone has a Kinect, it’s been integrated into the core experience of the Xbox One. You can do just about anything you want on the system with your voice. When it works – and it usually works – it’s amazing. You don’t have to use the Kinect if you don’t want to, but not using it means you’re not getting the full Xbox One experience, and it means you’re not really getting a feel about what makes the Xbox One next-gen.

My favorite feature of the PlayStation 4 is the ability to live-stream what I’m playing through Twitch or Ustream. The Xbox One was supposed to launch with the capability to stream through Twitch, but that feature was delayed until early next year, which is sad. What the Xbox One does have, however, is Game DVR, just like the PlayStation 4. And the coolest part about this feature is tied directly into the Kinect. If you’re playing a game and you do something amazing – like get a hole-in-one on Powerstar Golf, which I did this morning (!!!) – you can say, “Xbox, record that,” and it’ll automatically record the last 30 seconds of gameplay. It’s so simple and so awesome. (You can also record up to five minutes of gameplay at a time through the console’s DVR, but being able at any point to record something retroactively trumps that, hands down.)

By making everyone have a Kinect, Microsoft is able to build the exact experience it wants all of us to have into the system. That’s all done through Kinect. But what it also does is gives every publisher the ability to make Kinect a vital part of their games – which hasn’t been done yet, but those games will be coming very soon.

Oh yeah, also? Kinect recognizes me when I turn on the system and automatically logs me in. And says hi to me. It’s the best.

Not Always a Great Experience

The Kinect is also tied into my least favorite aspects of the Xbox One experience, too. A bunch of the games I bought – including NBA 2k14 and Need for Speed: Rivals – feature (optional) voice commands that you can use to do things in game, instead of hitting a series of buttons. Want to shift to a zone defense in NBA? All you’ve got to say is, “Zone 2-3” and your defense aligns accordingly. Want to set a GPS coordinate to your nearest hideout to elude the cops on your tail in Need for Speed? Say “Easydrive, GPS, Hideout” and you’re on your way.

It’s awesome… when it works.

My friend and I were playing Need for Speed together, and talking over Xbox Live. Kinect, in its infinite wisdom, misinterpreted what we were saying to mean in-game commands, so we’d constantly be doing things like opening up the in-game map and losing control of our cars, which would careen over the edge of the road and into a watery abyss below. Saying it was frustrating is putting it mildly. We weren’t in a highly-competitive game, but if that happened when I was being trailed by five or six cops, all controlled by real people, I’d be really upset. And worst of all, I can’t find a way to disable voice commands in the game without unplugging the Kinect entirely.

When you’re on the Xbox One’s dashboard, every command you give begins with the word “Xbox.” As in, “Xbox, go to Forza Motorsport 5,” which would bring you into the game. Or, “Xbox, snap Internet Explorer,” which would open a side frame with a web browser. It’s kind of annoying how precise you have to be (full game titles only, please!) and how you have to keep saying “Xbox,” but it cuts down on the amount of times the Kinect does something you don’t want.

But in games, commands aren’t prefaced with the word “Xbox.” Saying “Xbox, open map” is much easier to avoid than just saying “Open map.” That means that when playing Need for Speed, I need to think about what I’m saying, if it’s going to sound similar to an in-game command, then figure out another way to say it. It’s just a weird issue.

One Box to Rule Them All

The reason to buy an Xbox One over a PlayStation 4 is to have one hub to control all your media through. The console has an HDMI in port, which is designed to run a cable box through so you can watch live TV through your Xbox, instead of having to change inputs on your TV or receiver. (The HDMI in can also be used to display anything else with an HDMI output, like a PlayStation 4 or Wii U, but there’s lag, which makes playing games tough.)

Listening to other people talk about this feature makes me happy because most people seem to love it. A simple set-up gives your Xbox One control over your TV and cable box, which means you can change the channel and the volume with nothing more than your voice. You can control the beautiful guide overlay by saying things like, “Xbox, watch HBO” and it’ll change the channel for you. No more buttons, no more remembering channel numbers. Welcome to the future.

But it’s less the ideal for my set-up. Maybe I had it configured wrong, but when I ran my TiVo through my Xbox One, the sound only output in stereo. I feel like the whole system was designed without receivers in mind – that if you were outputting just through your TV’s speakers, this would absolutely be the way to go. But if you have a receiver and surround sound setup, it’s sort of wonky.

There was also a slight lag in pausing or playing the TV stream, which isn’t the worst thing when watching TV, but it’s annoying nonetheless. I’m not busy to the point where I can’t flick the input on my receiver from HDMI 1 to HDMI 2. Also, do I really want to have my Xbox One on all the time when watching TV? That seems sort of wasteful. The system boots up in 6 seconds; if a friend wants to play a game, I can power up and join in under a minute. Again: I’m not that busy.

I haven’t had the system for enough time to try out all the games I bought. In a couple weeks, I’ll have a better sense of what’s worth buying and what’s not, so I’ll write a review of games then. But for now, here are my initial impressions:

I also have FIFA (played one game with a friend, and it’s a lot of fun), Dead Rising 3 (haven’t gotten a chance to play it yet) and Killer Instinct (haven’t tried it yet). Expect a full report soon.

The Xbox One finds itself in very much the same boat as the PlayStation 4.

Again, the most important question is this: Is the Xbox One worth $499? Yes. And no.

It’s got an awesome suite of games and will, one day after all the bugs and kinks are worked out, be a box that truly unites your living room. The Kinect is a game-changer, and nothing Sony will ever do with its PlayStation Camera will come close to it.

Just like the PlayStation 4, though, the Xbox One isn’t worth the money if you’re looking for a huge return on your investment right now. There aren’t too many “must-play” games available for the system yet, and most of the best games can be played on the Xbox 360 or PlayStation 3.

If you want to be smart about things, wait for a price drop (though you may be waiting a while), or wait for a cool bundle. I’m sure there will be one when the next Halo game comes out and possibly also one with Watch Dogs.