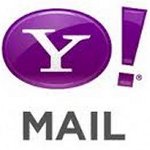 As most know, I love a good internal memo from inside Yahoo and here’s a doozy related to a rather controversial topic of late: How badly the new version of Yahoo Mail has been received by consumers. As has been widely reported, a relentless and vocal group of Yahoo Mail users have been complaining vociferously after the Silicon Valley Internet giant drastically revamped its popular Mail service in October. The ire includes a lot of distress over the removal of its tabs function and the addition of a multi-tasking feature in its place. Although change is hard for many, I get buttonholed almost everywhere I go by users — including some prominent techies — who complain about the new version. Apparently, some Yahoo employees agree, too, with only 25 percent of them heeding management pleas to move over from their longtime corporate email — Microsoft Outlook — to the new Yahoo Mail product.