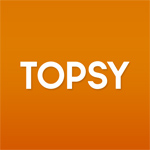 Apple has acquired Topsy Labs, a social-analytics start-up that has an archive of every tweet published since Twitter launched in 2006. The purchase, as reported by the Wall Street Journal, was for more than $200 million, and will give Apple control of a company that is currently one of a handful with access to Twitter’s full “firehose” of data. Apple confirmed the Topsy acquisition to the Journal, but did not provide any details about the reason for the purchase. Topsy’s value lies in part in its ability to garner real-time data about trending topics and links on Twitter. Apple could use such information to tailor sales for services like iTunes Radio or its app store. As my colleague Mathew Ingram reported in September, Topsy claims its search database contains more than 475 billion tweets, videos, images, pins and other social data elements included by Twitter users in their updates.

PreviousTablets Out-Shipped Portable Computers This Year for the First Time NextNetflix's 'Turbo F.A.S.T.' Not Launching All Episodes at Once